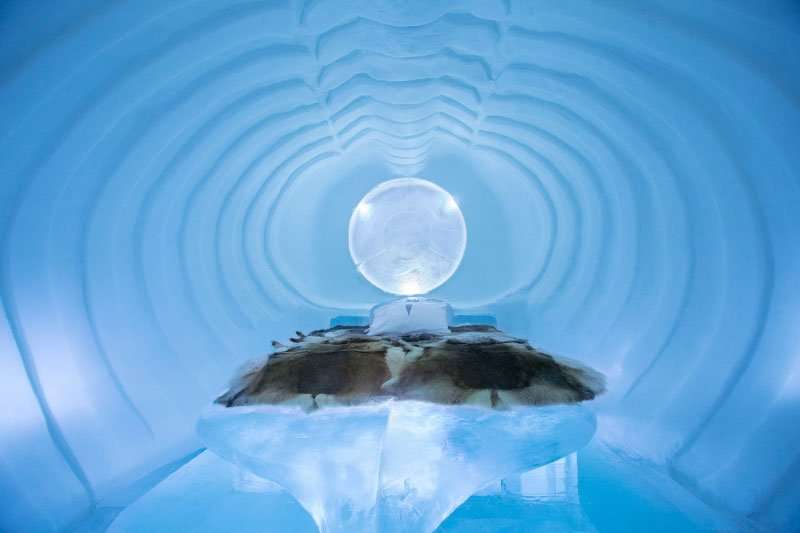 The Largest Ice and Snow Hotel in the World
Every winter, artists from around the world gather in Jukkasjärvi, northern Sweden, for an art project that has become known as ICEHOTEL. It is the world’s first and largest hotel built of snow and ice. Jukkasjärvi is a small village in northern Sweden with a population of 900 residents and about 1000 dogs.

Each winter, some 50 000 visitors from all over the world come to see ICEHOTEL to experience the tranquility, the northern lights and all of the activities offered in a wilderness 200 km from the Arctic Circle. The development covers 5,500 square metres (59,200 sq. ft) and is constructed from 2,000 tonnes of Torne River ice and 30,000 tonnes of snice, a mixture of snow and ice that strengthens the structure. Some 100 people are involved in the construction of ICEHOTEL, half of which are artists especially invited to design particular areas of the hotel.
Building the hotel is a year-round process. In March and April, 4,000 tonnes of ice is harvested from the Torne River and kept in cold storage over the summer. Construction takes place in November and December and the entire ICEHOTEL is then open between December and mid-April, when the structure begins to slowly melt and return to the Torne River.
Below you will find highlights from this season’s designs and creations from artists around the world. Additional information about the hotel and how it began can also be found throughout the gallery. 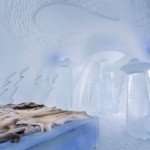 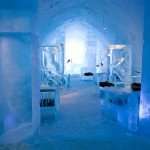 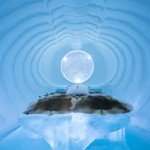 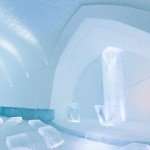 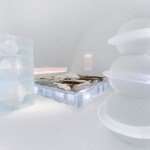 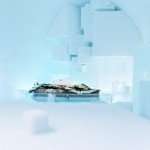 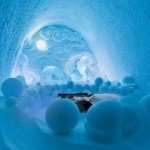 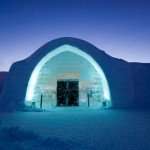 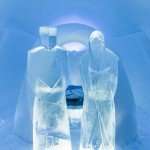 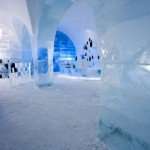 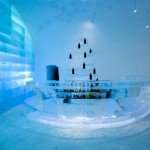 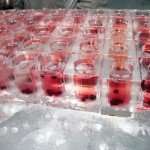 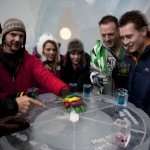 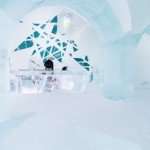 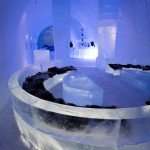 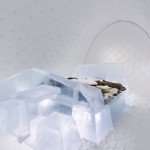 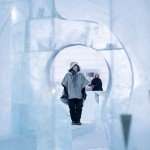 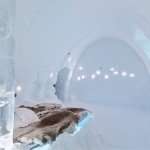 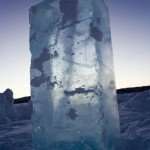 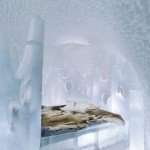 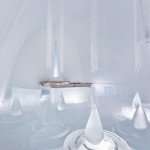 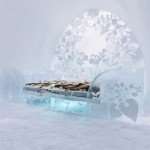 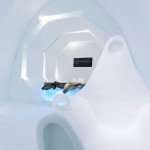 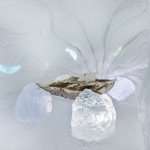 The History of ICEHOTEL

During the 1980s the company Jukkas, now ICEHOTEL, conducted tourism activities during the summer months and became, as an innovator and leader in its niche, the first tourism operator in Europe to offer organized whitewater rafting. Business was quiet during the winter months, however, and no one thought it could be otherwise. “Who would want to travel here to the cold, snow and darkness?” locals reasoned. But Yngve Bergqvist, founder of ICEHOTEL, had a different idea.
Inspired by Japanese ice sculpture, he invited artists from Norrbotten to participate in a workshop in 1989. Two sculptors from Hokkaido, Japan, were instructors and the first ice sculptures were created on the shore of the Torne River in Jukkasjärvi. An igloo, built using a mould-forming technique, was the first specially designed ice-and-snow structure to be erected here. The 60-square-metre igloo was named ARTic Hall, and many curious visitors came to Jukkasjärvi to see art exhibited in the igloo. The following year, the technique was refined and the new version of ARTic Hall covered 250 square metres. The construction technique was patented in both Sweden and Norway.

Turning in for the night involves slipping into thermal underwear, pulling a woolly hat over your ears, and then climbing into a sleeping bag atop reindeer hides and a mattress covering a block of ice. After your morning wake-up call (a cup of hot lingonberry juice), it’s time for a sauna, followed by breakfast from a well-stocked buffet and a day of activity.
Most guests sleep one night ’on ice’ and a few nights in the warm accommodation also on premise. Among other activities, ICEHOTEL arranges guided Northern Lights tours by snowmobile or bus, dog-sledding and reindeer-sledding excursions, horseback riding to watch moose, ice sculpting, and Raidú – an encounter with the Sami culture.

ICEHOTEL is open to the public as an art exhibition. Those who wish can join on a guided tour of the Main Hall, Art Suites and Ice Rooms. ICEHOTEL 2012/2013 will have 65 guest rooms and will be open from 7 December. They close in mid-April, when ICEHOTEL slowly begins to melt and becomes the world’s most modern ruin.

Visit the Official Site at ICEHOTEL.com