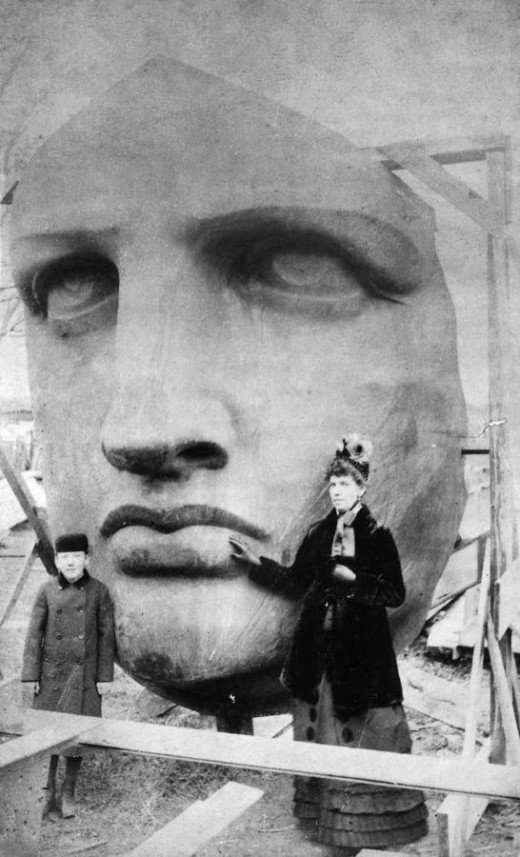 These next 30 photographs go beyond the norm – they encapsulate the mood, tone and values of yesteryear, a compelling account of the evolution of our values if you will.

Check out the photo of Annette Kellerman who was arrested for indecency while promoting women’s right to wear a fitted one-piece bathing suit. 1907

Unpacking the Head of the Statue of Liberty delivered June 17, 1885

Suntan vending machine, 1949
A space chimp poses for the camera after a successful mission to space in 1961
Unknown soldier in Vietnam, 1965

Little girl comforting her doll in the ruins of her bomb damaged home, London, 1940
Illegal alcohol being poured out during Prohibition, Detroit 1929

Construction of the Berlin wall, 1961

Animals being used as a part of medical therapy in 1956

A most beautiful suicide – 23 year old Evelyn McHale leapt to her death from an observation deck (83rd floor) of the Empire State Building, May 1, 1947. She landed on a United Nations limousine…

A mom and her son watch the mushroom cloud after an atomic test 75 miles away, Las Vegas, 1953

A penniless mother hides her face in shame after putting her children up for sale, Chicago, 1948

Martin Luther King Jr. with his son by his side removing a burnt cross from his front yard, 1960